Server’s Disease also known as calcaneal apophysitis is an overuse injury commonly found in active children, boy’s aged 8-13. It is classically represented by insidious onset of heel pain, often affecting both heels, worsening with activity. Onset of Server’s disease is associated with resumption of a sport after rest, change of sport, increased training load or a sudden growth spurt.

It has been noted that a young adult is more susceptible to this type of injury due to growth, as muscular strength lags behind bone length throughout the pre puberty years. With this in mind it is not surprising that growth plate problems affect paediatric and adolescent sports population. More common in boys than girls, this could due to larger muscle mass or more vigorous training.

Other factors that are involved with Server’s Disease:

Appointments are available across our 3 locations. 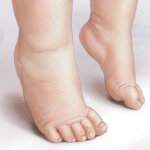 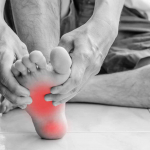 The Importance of Stretching
Scroll to top